Catholic Life of the School

Well Done to everyone in school for achieving an Outstanding grade in the RE inspection. This is a great result for our school which continues to offer outstanding provision rooted in the faith and life of the school.

Let's celebrate the Catholic Life of our school

Click on the video to watch 'This is me' https://stjosephsretford.primarysite.media/media/this-is-me

Fundraising for Mission Together January 2019

Mini Vinnies and Prayer Chaplains made cards for the community and those sick, elderly or vulnerable during this Advent. Mrs Clarke will deliver the cards this week

Children in Year 6 visit the graves of soldiers who fought in the Great War, paying their respect.  Over the past year a former pupil, Elizabeth Zarellis, and her father made two journeys to the battlefields of the First World War and took small wooden crosses to battlefield locations laying the crosses as an act of Remembrance.  Some children from St Joseph’s wrote personal messages on the wooden crosses as a mark of respect to those who fought and died.  The messages included thoughts such as ‘You shall not be forgotten… Our generation is saying thank you… We will remember you throughout time.’

On Remembrance Sunday 11th November 2018 we would like to offer the opportunity for children of St Joseph’s to lay some of the crosses, linking Retford and the surrounding community with the memorial and battlefields in France and Belgium.

On 7th November Elizabeth and her father will accompany Y6 children to the cemetery to pay their respects to those who lost their lives in the Great War. This will provide a great opportunity to show our respect to those who sadly passed away in support of a better future for us all.

Children across the school made a Remembrance display with the support of our Craft Club. This was displayed in church on Remembrance Sunday

Children leading and preparing the Rosary in October at lunchtimes

Parents Letter for RE

Other Faiths at St Jospeh's Retford

Learning about Sikhism. Sikhism is a religion with one God. The followers are called "Sikhs", and their holy book is the Guru Granth Sahib. 27 million people are followers of Sikhism, that makes it the ninth largest religion in the world. It is most popular in Asia.

Over the Liturgical year we celebrate other faiths, recognising important celebrations.  Children gain an appreciation of the lives of children and parents from other faith backgrounds as we invite speakers into school and study the similarities and differences between our catholic faith and the faiths of other religions.

Prayer to Our Lady in October

Education Sunday celebrated with the parish in our school hall

St Joseph’s school took up Pope Francis’ challenge to walk in solidarity with refugees to raise awareness of their plight and help lobby world governments for action. 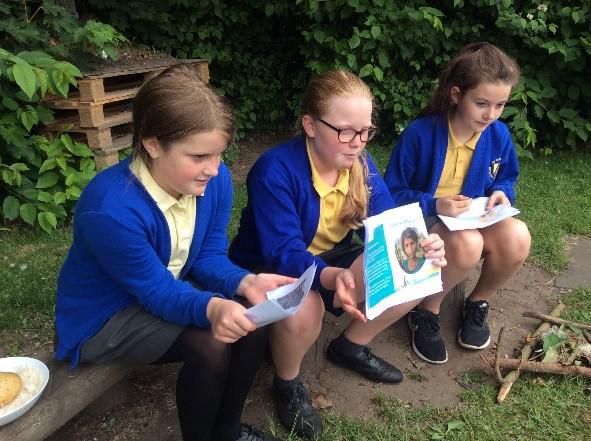 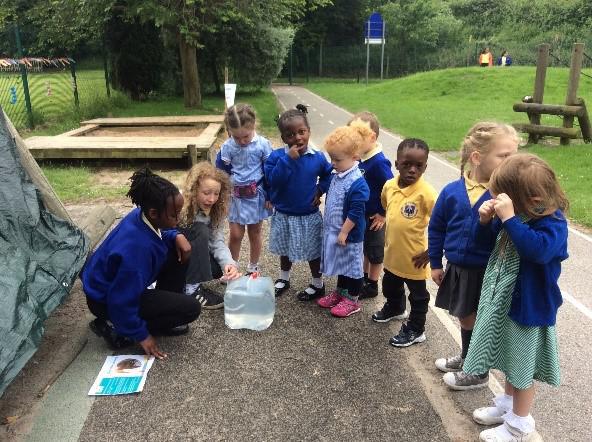 All of our children were struck by the fact that children as young as them may become refugees through no fault of their own. Circle time during the week was spent learning about the factors that lead to families being forced to flee their homes, the children used the CAFOD website to learn about the lives of refugees from all over the world and how CAFOD and other agencies are helping.

A starting point for some classes was a discussion about Mary and Joseph’s decision to flee to Egypt for safety with the baby Jesus. KS2 children took part in the ‘On the Move’ game and gained an insight into the injustices faced by many refugees. The children were asked to think about questions they would like to ask a refugee.

Our Minnie Vinnies planned a 1 mile route around our playground and field and researched the situations of the refugee children on the CAFOD prayer cards. They gathered together resources such as groundsheets to make shelters, a tent, a water carrier, a plate of rice, blanket and a rucksack of clothes; to man 4 stations each based on the children they had learned about. They made signposts with statements such as ‘This way to safety and shelter’ and prepared themselves to be hot seated with questions from each class. 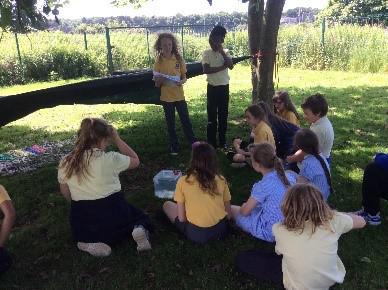 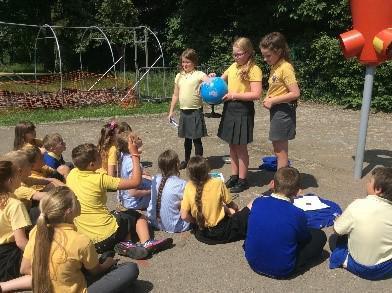 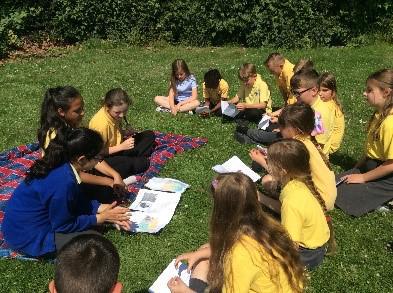 Classes moved around the route in small ‘family groups’, the children in KS2 who had played the On the Move game recognized that refugee families are made up of people of all ages, and were keen to help each other, discussing how they would cope if they had an elderly or very young family member. Staff walking with the children found that they chatted about what they were learning and compared their experiences, even some of the older children who perhaps weren’t as keen to walk recognised how comfortable and safe their lives are and expressed that they often take their opportunities for granted.  At each station the groups paused and heard the stories of the refugee children from the Minnie Vinnies who explained their situation with empathy and sensitivity.

Children really engaged with this and responded with questions ranging from ‘Do your feet hurt?’, ‘Are you scared at night-time?’ to ‘What do you hope will happen?’ and ‘Do you think you’ll ever return to your home?’ We found that the children needed little prompting to imagine and empathize, asking thoughtful questions. Before moving on from each station, the children said the short prayer together. 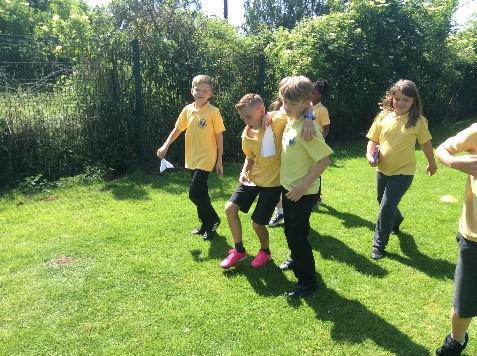 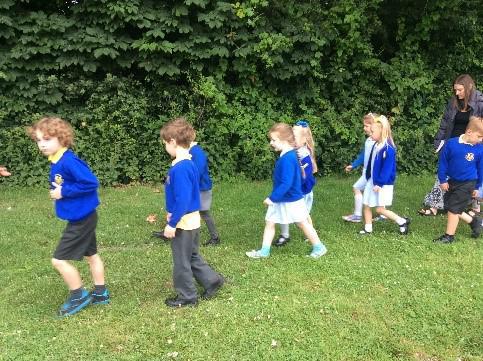 The children were delighted to contribute over 200 miles to the Share the Journey total and each received a certificate. It was a worthwhile and memorable experience for all involved, and an effective way to teach themes around the refugee crisis such as humanity, justice and hope. We are very proud of our Minnie Vinnies in the way they organised and led the event. 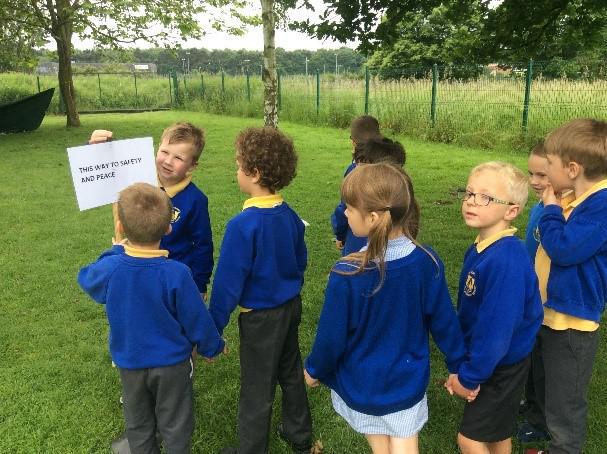 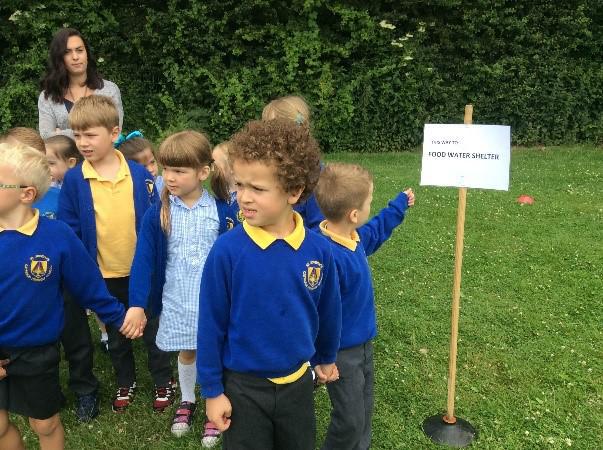 Centenary year of the Armistice of the First World War

The Retford War Memorial lists more than 300 names of soldiers who died in the First World War.  2018 marks the 100 year anniversary of the Armistice and the end of the Great War. The last year of the Great War was 1918.

Over the months of March and August this year, two journeys are being made to the battlefields of the First World War and a past student Elizabeth Szarelis, and member of St Joseph’s Parish, is taking small wooden crosses to the battlefield locations and laying them as an Act of Remembrance. 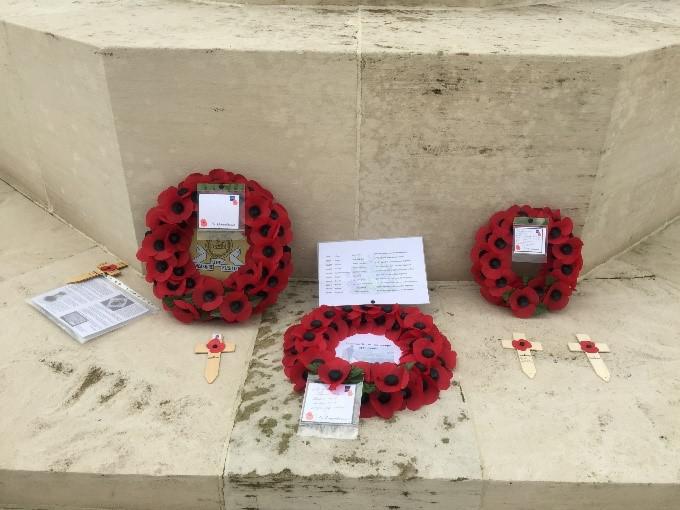 Three of St Joseph’s Y6 students have written a personal message on the small wooden crosses as a mark of respect for the fallen of the Great War. The messages written included “You shall be not be forgotten … Our generation is saying thank you to your generation … We will always remember you throughout time.”

Some of the crosses will be laid on Remembrance Sunday at the Retford War Memorial. This will link Retford and the surrounding community with the memorial or battlefields in France or Belgium where the soldiers fought and died.

The aim is to ensure those who died are remembered in our thoughts and prayers as each wooden cross is layed at the battlefields and in Retford. 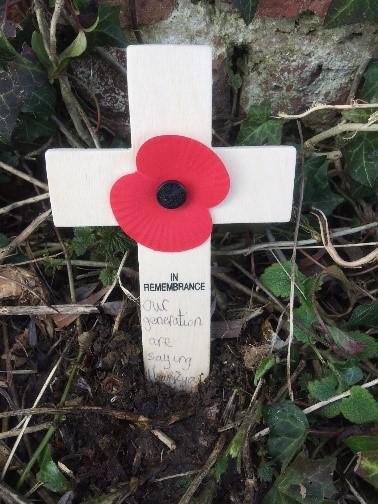 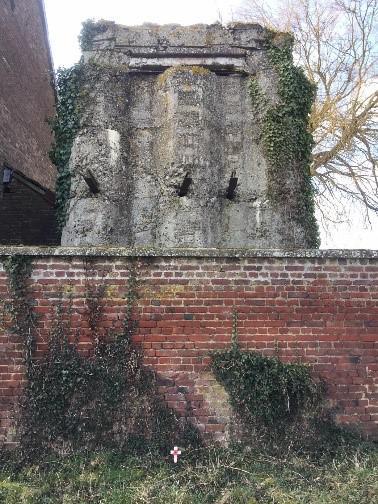 Read our RE Inspection document below to find out about the Catholic Life of our school.

Catholic Life of the school